OVERVIEW OF THE SASQUATCH
AND OTHER HOMINOIDS

Museum Panels on the Sasquatch, Russian Snowman, Yeti  and the Yowie - (A mini presentation on just the facts. Adobe Reader Required)

The Yale, BC, Historic Site Sasquatch Exhibit
NOTE: Only exhibited three-dimensional items are provided here, and may not be on
exhibit in the same way. Plaster casts, skulls or other artifacts previously provided
have been excluded to avoid repetition. I have, however, provided a “walk through”
at the end that gives a good sense of the entire exhibit. 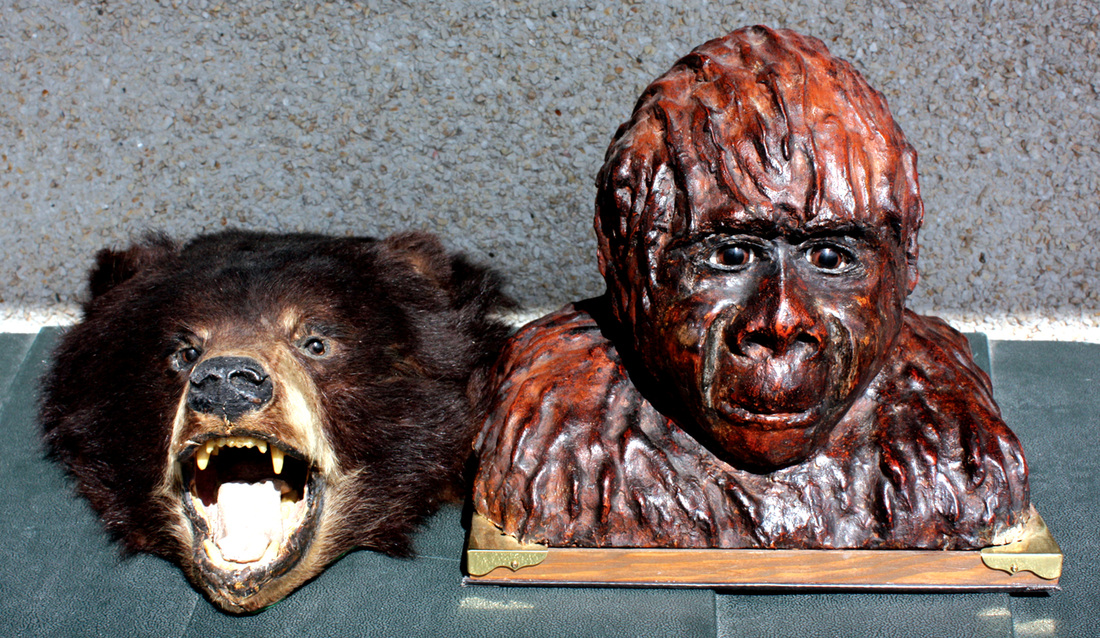 A comparison between the head of a bear and that of a sasquatch. Authorities often say sasquatch sightings, even those at close range, are likely bear sightings. Native people and experienced woodsmen are often insulted when told that they probably saw a bear. The differences are beyond obvious in both the head and the body. 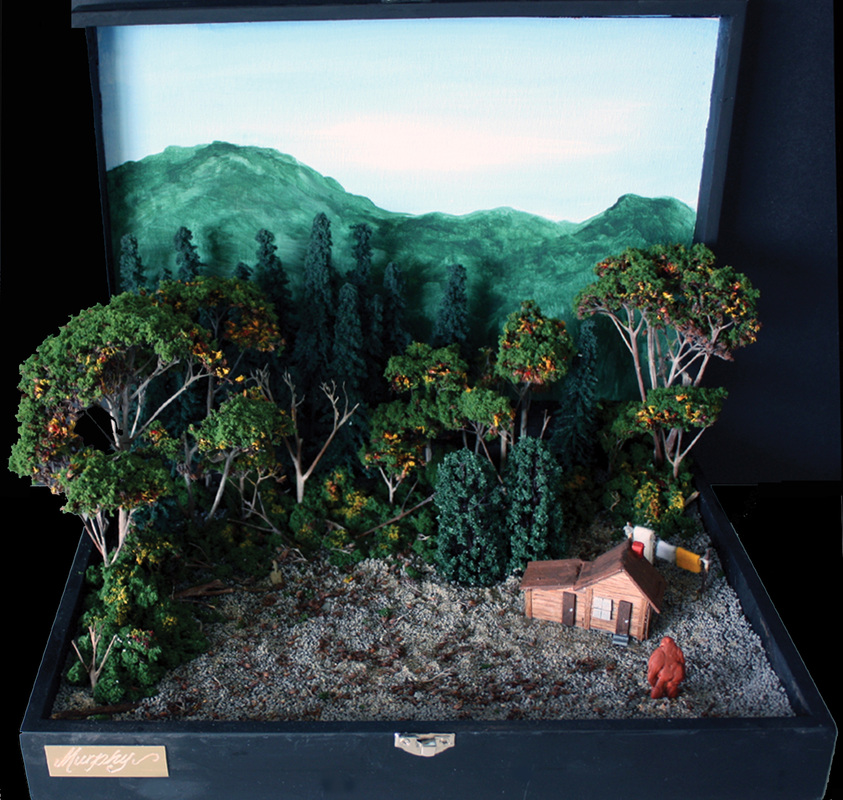 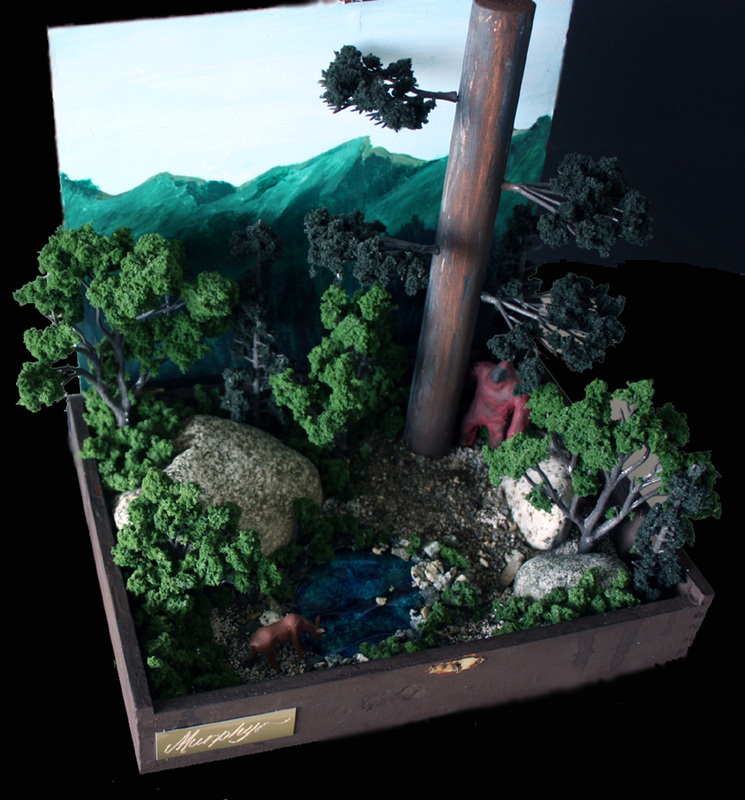 Diorama of a sasquatch watching a fawn drinking from a little pool of water. We believe deer are a food source for sasquatch, so scenes of this nature likely occur. How do sasquatch catch and kill deer? They apparently have the speed necessary and are probably very efficient at throwing rocks. It has been reasoned that if a rock lands near you when out in the woods, the miss was on purpose. 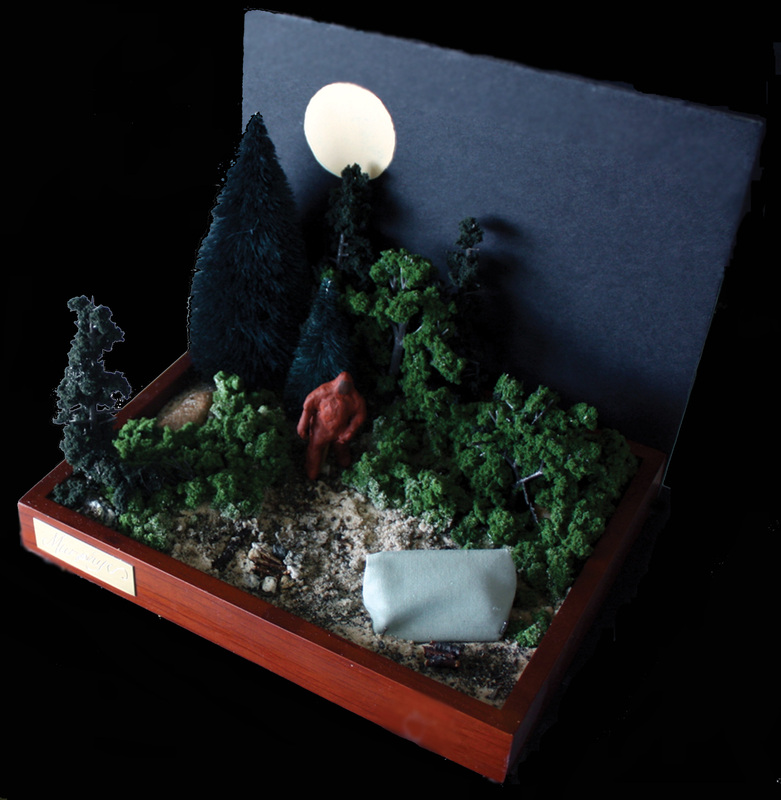 Diorama showing a sasquatch approaching a camper's tent in the dead of night. There a number of accounts of campers hearing strange noises and seeing frightening shadows on their tent walls. They are generally too afraid to peek outside. There has never been a confirmed account of any sasquatch aggression in these cases, so what might be happening here? It appears sasquatch are simply very curious which is the case with animals of higher intelligence, especially domesticated dogs and cats. 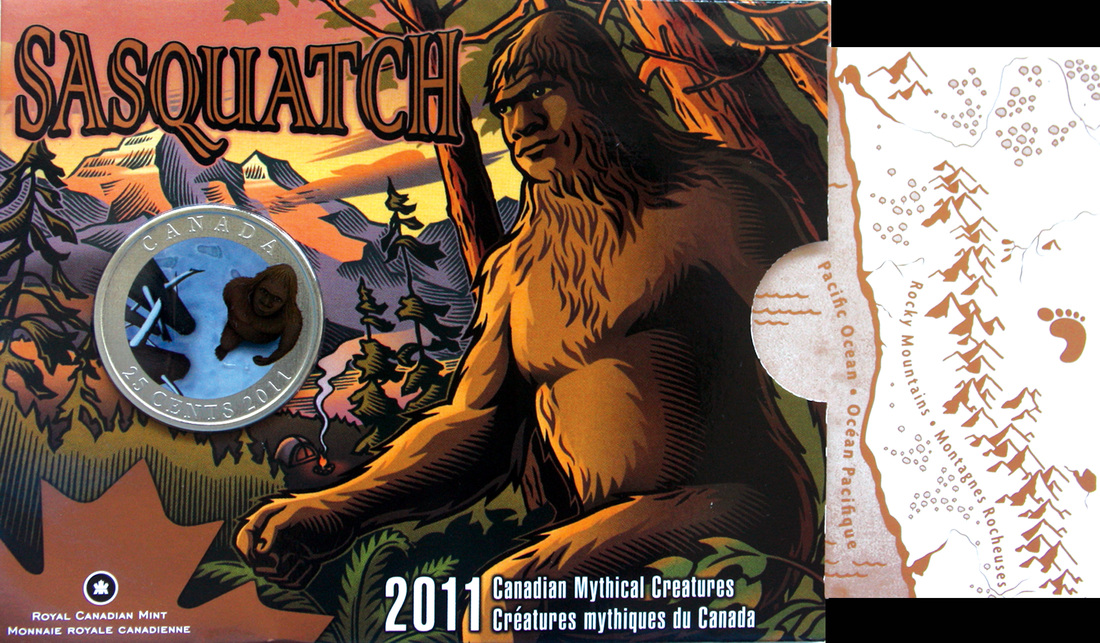 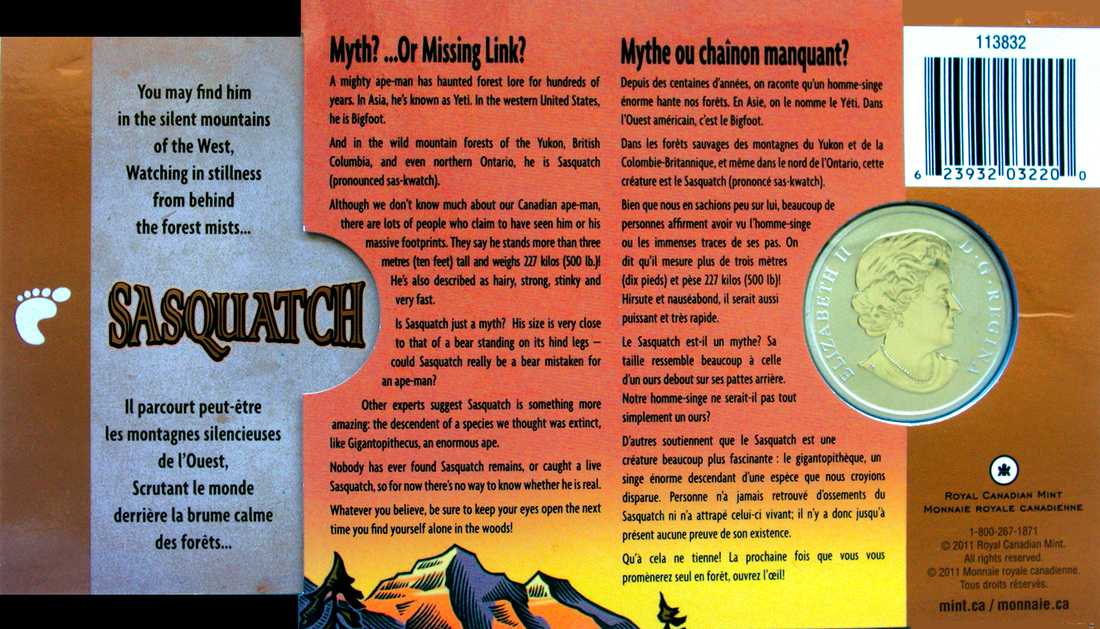 Canada’s sasquatch coin and presentation case (front and back). Canada is the only country that has issued a coin and stamp featuring the sasquatch. A stamp was issued in 1990.

Museum “Walk-Through”
The following are various shots of me and my exhibit. You will notice the various artifacts and other items on display that I have discussed in this entire presentation. However, there are many more items not covered. Indeed there was not enough physical space for many posters, charts and so forth. Nevertheless, this is a TRUE sasquatch exhibit. It was not hampered by fears as to what professionals or critics would think. 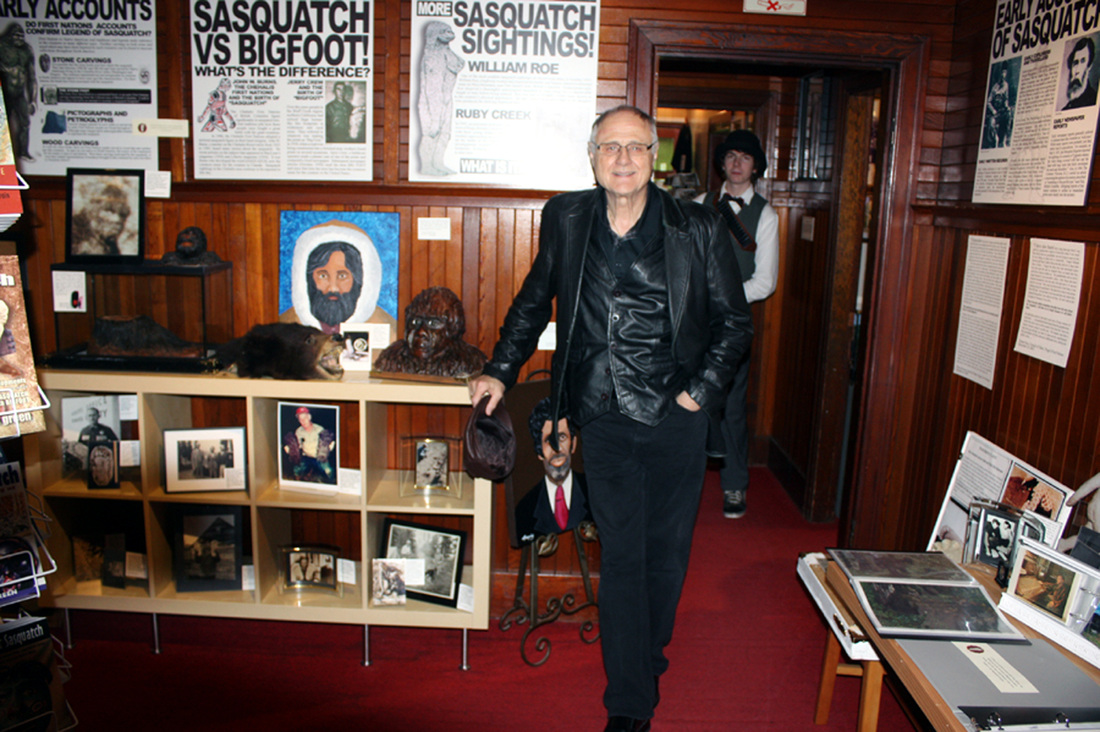 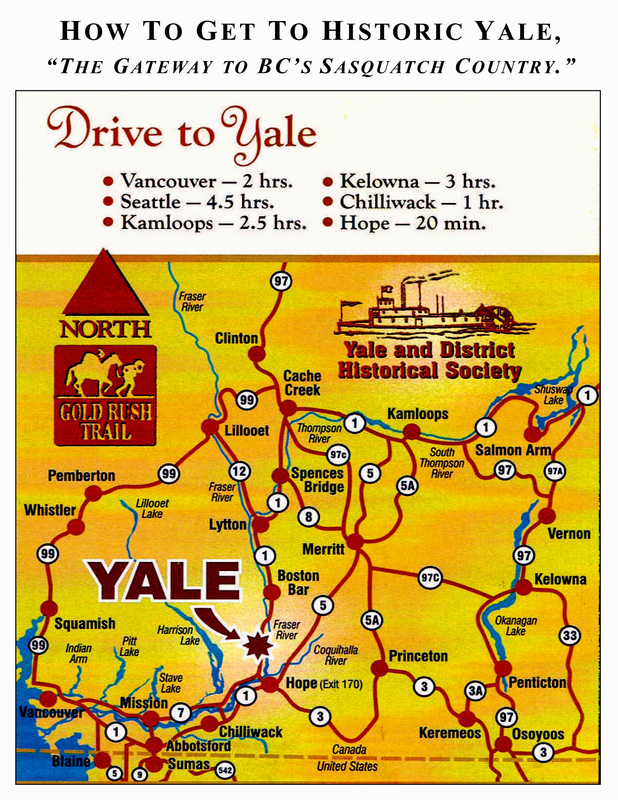 Please visit the Yale Historic Site webpage at http://historicyale.ca/ for current and planned events. Your trip to “Sasquatch Country” will be filled with adventure.

I would like to extend my thanks and appreciation to Deb Zervini and her husband, Richard;  other members of the Yale Historical Society, and all the other wonderful people who assisted in providing my sasquatch exhibit.  Also to Hancock House Publishers which has supported all of my sasquatch-related endeavors for many years, and to Candy Michlosky for providing this remarkable web presentation.  That the sasquatch is an integral part of the culture of the Pacific Northwest is a fact, regardless of one's opinion as to its physical reality.  As such, it provides an opportunity to learn and appreciate the wonders of the vast land in which we live.
Gallery Navigation
​
All images in this presentation are  from the Murphy/Hancock Photo Library or other restricted sources and are under copyright where applicable.
Please contact <sales@hancockhouse.com> for details on usage.