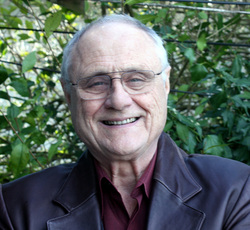 Chris Murphy became involved in the sasquatch mystery when he met René Dahinden in 1993. He then worked with René in producing posters from the Patterson/Gimlin film and marketing them along with sasquatch footprint casts. In 1996, Chris republished Roger Patterson's 1966 book, Do Abominable Snowmen Of America Really Exist?, and Fred Beck's book, I Fought the Apemen of Mt. St. Helens. In 1997, Chris published, Bigfoot In Ohio: Encounters with the Grassman, a book he authored in association with Joedy Cook and George Clappison of Ohio.  (All of these books were published by Pyramid Publications, Chris' company.)

In 2000, Chris embarked on a project to assemble a comprehensive pictorial presentation on the sasquatch. This initiative led to publication (Hancock House Publishers) of his book Meet the Sasquatch (written in association with John Green and Thomas Steenburg), and his  2004/05 sasquatch exhibit at the  Vancouver (BC) Museum.

In due course, Chris wrote a supplemental update section to Roger Patterson's book, which was provided in a republished edition (Hancock House Publishers) of the entire book under the title, The Bigfoot Film Controversy. The following year, Chris updated his Ohio book, again with his two previous associates, and it was published in 2006 by Hancock House under the title, Bigfoot Encounters in Ohio: Quest for the Grassman.

In 2005, Chris' sasquatch exhibit traveled to the Museum of Mysteries in Seattle, where it was displayed for five months. In June of the following year, it opened at the Museum of Natural History in Pocatello, Idaho (Idaho State University), where is was shown for 15 months.

In 2008, Chris completed his book, Bigfoot Film Journal: A Detailed Account of the Patterson/Gimlin Film Circumstances and Aftermath.  It was published by Hancock House that year.

In 2011, Chris got together with Barry Blount and re-explored the famous story of "Jacko" the ape-boy, who was alleged to have been captured near Yale, BC, in 1884.  This led to the publication of,  Yale and the Strange Story of Jacko the Ape-boy, (Hancock House Publishers) later that year.

In  May 2012, Chris' exhibit opened at the Yale Historic Site -- Creighton House Museum, Yale, BC.  On opening day, a book debut was held for Sasquatch in British Columbia.  The exhibit ran to October 2012 and has subsequently been extended, by popular demand, to run for the entire 2013 season.

During the last 20 years, Chris has worked in conjunction with all of the major Pacific Coast researchers. He has provided many presentations at conferences and has appeared in television documentaries.

Chris wishes to acknowledge and thank the many great people who have provided information, photographs, and assistance to him in all of his sasquatch-related activities over the last twenty years.   The primary contributors are shown here.

Where applicable, a "More Info" button is provided which contains the full information on the subject provided in Chris Murphy's book, Know the Sasquatch.  An Adobe Reader is required to access the information.

Where applicable, a "More Info" button is provided which contains the full information on the subject provided in Chris Murphy's book, Know the Sasquatch.  An Adobe Reader is required to access the information.  Additional written material (presentations, articles, newsletters) by Chris can be found on the Hancock House site under The Murphy File.

All images in this presentation are from the Murphy/Hancock Photo Library or other restricted sources and are
under copyright where applicable.
Please contact <sales@hancockhouse.com> for details on usage.